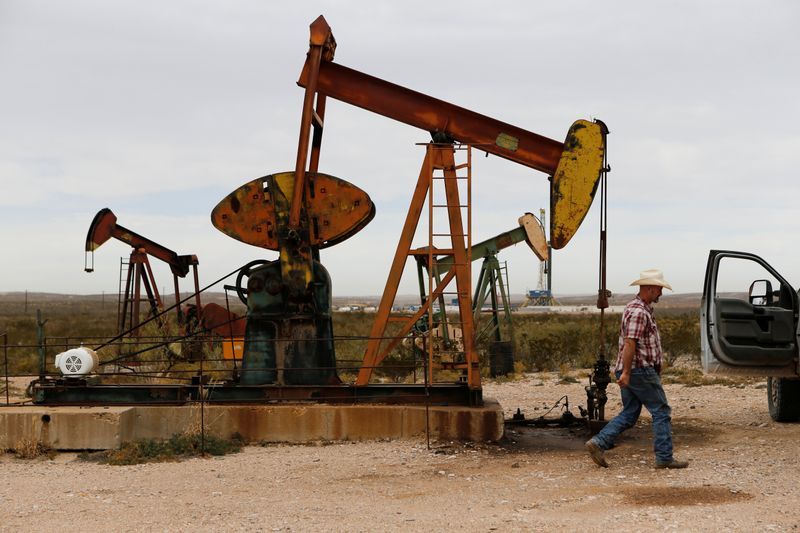 Oil prices extended losses on Wednesday on worries that rising coronavirus cases heading into the northern winter would lead to further restrictions on activity and curb demand for fuel.

The benchmarks fell more than 3% on Tuesday as global COVID-19 cases passed 1 million, having doubled in three months.

"The resurgence in Covid-19 cases more recently in some regions, is clearly not great for market sentiment," ING Economics said in a note.

"Whilst demand is an issue for the market, the supply side of the equation is not helping either," ING said.

CEOs of the world's biggest trading companies are forecasting a weak recovery for oil demand and little movement in prices in the coming months and potentially years.

Weighing heavily on markets is the continued depressed demand for jet fuel, with air travel in the doldrums due to coronavirus restrictions and a general disinclination to travel.

Refineries have been trying to find ways to blend their product but an oversupply remains and some plants will be forced to shut down.

Marathon Petroleum Corp (N:MPC), the largest oil refiner in the United States, started imposing job cuts on Tuesday, according to people familiar with the matter.

To counter the fall in demand, the Organization of the Petroleum Exporting Countries is unlikely to increase oil production as planned from January next year, traders said on Tuesday.

The market looked past data from the American Petroleum Institute on Tuesday showing U.S. crude oil stocks fell against expectations, focussing instead on the rise in gasoline inventories.

Also keeping traders and investors on tenterhooks is the November presidential election, which may remain undetermined on election night, with both candidates contesting the results.

President Donald Trump and Democratic contender Joe Biden ended a chaotic first debate late on Wednesday. Biden, 77, has held a consistent lead over Trump, 74, in national opinion polls, although surveys in the battleground states that will decide the election show a closer contes.