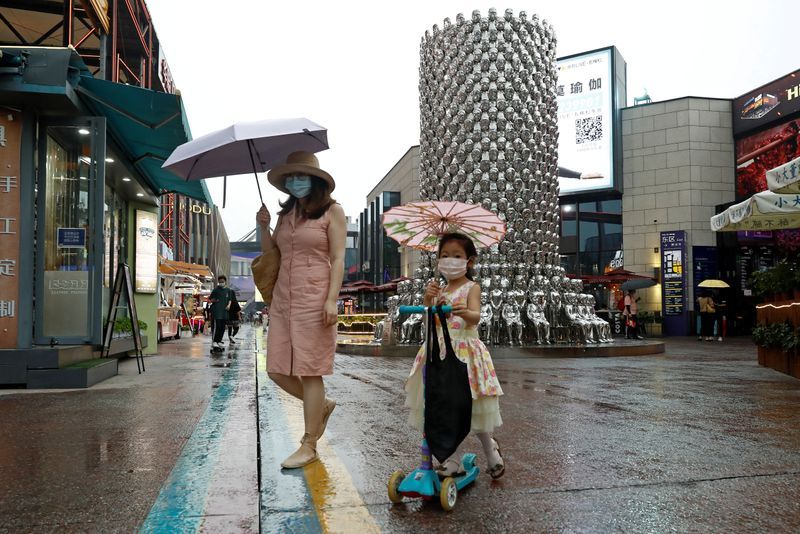 Rating agency S&P Global warned on Tuesday that China's economic recovery from the novel coronavirus pandemic could be at risk as a combination of rising interest rates and slowing inflation pushes real rates higher.

"A climb in real interest rates may throw China's recovery off course just as it should be gathering steam," they said.

Recent datapoints including robust industrial production and surging exports have contributed to hopes for a sustained recovery in the world's second-largest economy.

But Roache and Rana said those have relied on "extraordinary policy support" and that consumer activity, the service sector and private firms were lagging.

Against that backdrop, an equities rally and a flood of new government bond issuance has pushed yields on benchmark bonds higher, lifting corporate yields.

The People's Bank of China (PBOC) has avoided broad easing measures in tackling the economic effects of the pandemic, and a bank adviser recently said it does not need to step up policy easing as a recovery is well under way.

In fact, Roache and Rana said a recent rise in short-term repo rates indicated that policy-makers "are comfortable pulling back some monetary stimulus".

On Monday, the PBOC again kept rates on one-year medium-term lending facility (MLF) loans unchanged ahead of the publishing of the benchmark loan prime rate (LPR) on Thursday.

Analysts do not expect the LPR, published monthly based on assessments from 18 banks, to change this month.

Roache and Rana noted a 30 basis point fall in the LPR since the beginning of 2020 and a 100 basis point drop in core inflation meant the real LPR interest rate had risen by 70 basis points.

"Until China's consumers start spending and private firms pick up investment, it's too early to say the recovery is self-sustaining and can live with much less stimulus, including higher real interest rates," they said.