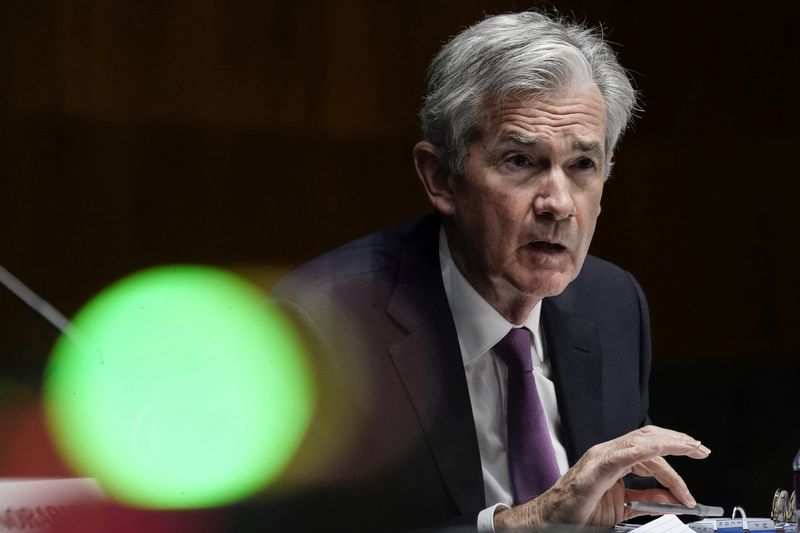 Fed's Powell: More important for U.S. to get digital currency right than be first

In any development of a cross-border digital currency, it is more important for the United States "to get it right than be first," U.S. Federal Reserve Chair Jerome Powell said on Monday.

"We do think it's more important to get it right than to be first and getting it right means that we not only look at the potential benefits of a CBDC, but also the potential risks, and also recognize the important trade-offs that have to be thought through carefully," Powell said in a panel discussion on digital payments hosted by the International Monetary Fund.

Powell said it is vital the Fed assess what impact a CBDC might have on a range of critical issues.

"In addition to assessing the benefits - and there may well be benefits - there are also some quite difficult policy and operational questions that need to be thoroughly evaluated," Powell said. "Just to mention a few, I would mention the need to protect a CBDC from cyber attacks, counterfeiting and fraud, the question of how a CBDC would affect monetary policy and financial stability, and also how could a CBDC prevent illicit activity while also preserving user privacy and security."

Powell said that while the Fed has made no decision yet on issuing a digital currency, it is an active participant in research into the prospect in partnership with other central banks and the Bank for International Settlements. Moreover, it is conducting research on its own.

"One set of experiments is being carried out at the board of governors here in Washington, D.C.," Powell said. "Complementary efforts are also now underway, for example through the Federal Reserve Bank of Boston, which, in collaboration with researchers at MIT (Massachusetts Institute of Technology), is developing a hypothetical central bank digital currency."

The world's largest central banks, and even some of the smaller ones, are toying with the idea of issuing digital currencies.

While most projects are still at an early stage, central banks have switched into higher gear in the past year after Facebook (O:FB) announced plans to create its own virtual token and the COVID-19 pandemic boosted digital payments. Their main fear is losing control of the payment system if private currencies such as Facebook's proposed Libra are widely adopted.

China, which has been ahead of other major economies in experimenting with a digital currency, has publicly said it aims to become the first to issue one to reduce its dependence on the global dollar payment system.

In efforts to catch up with China and private projects such as Facebook's (O:FB), seven major central banks last week laid out key principles for issuing CBDCs.