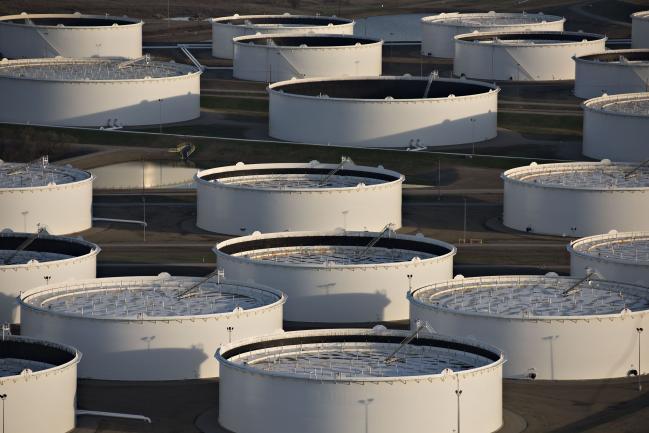 Oil advanced in New York as U.S. lawmakers negotiated the size of a potential spending bill to boost economic recovery, presenting a rare bright spot for the demand outlook.

U.S. crude futures rose above $41 a barrel amid optimism that lawmakers may break a months-long impasse in stimulus talks. Still, any deal may face stiff opposition in the Senate. Futures pared gains in after-hours trading after the American Petroleum Institute was said to report an increase in U.S. crude stockpiles for last week.

“Anything that helps the economy do better is going to be helpful for crude,” said Bill O’Grady, executive vice president at Confluence Investment Management in St. Louis. “Still, driving activity is down and people are not as global as they were. It may get better, but not back to where it was before.”

The market is also weighing uncertainty over whether OPEC and its allies will move forward with plans to add 2 million barrels a day back onto the market from January. Russian Energy Minister Alexander Novak said that the nation won’t make any decisions about the future of cuts related to the OPEC+ output deal until the group’s meeting next month.

U.S. crude futures have struggled to make a sustained break above $40 as governments try to control new flareups of the virus. The worsening virus in Europe is sapping momentum from an already fragile demand recovery. Still, the prospect of a long-awaited stimulus deal in Washington would provide a much-needed boost to demand in the U.S.

“According to the current OPEC+ deal, we are going to see 2 million barrels a day come in January, and we’re not so sure the market can handle this,” said Bart Melek, head of global commodity strategy at TD Securities. “We’re also going to need more clarity where the fiscal plan is going. So there are a lot of uncertainties out here.”

Both Saudi Arabia’s Energy Minister Prince Abdulaziz bin Salman and Russia’s Novak offered bearish views on demand at an OPEC+ Joint Ministerial Monitoring Committee meeting on Monday. Prince Abdulaziz bin Salman called on the group to be proactive in the face of uncertain demand. The panel did not discuss if OPEC+ should press on with plans to taper output cuts next year, delegates said.

Yet, UBS Group AG (SIX:UBSG) analysts said delegates at the next JMMC meeting on Nov. 17 will likely recommend that an output delay is announced at the full meeting two weeks later.

The industry-funded API reported U.S. crude stockpiles increased 584,000 barrels last week, according to people familiar with the matter. Analysts surveyed by Bloomberg before a government report on Wednesday forecast inventories fell 1.38 million barrels in the period.