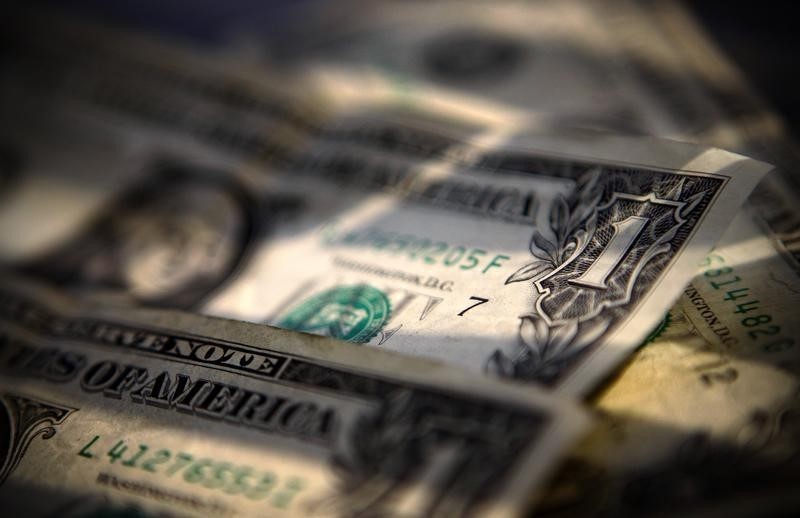 The dollar was down on Wednesday morning in Asia, after increasing optimism over a global economic recovery saw investors turn towards riskier assets. However, markets saw small moves overall.

The optimism, prompted by the possibility of a COVID-19 vaccine becoming available soon and clarity over the incoming U.S. presidential administration, saw the Dow Jones Industrial Average rose above 30,000 for the first time during the previous session. Asia Pacific shares were up on Wednesday.

The U.S. Dollar Index that tracks the greenback against a basket of other currencies edged down 0.17% to 92.067 by 11:55 PM ET (3:55 AM GMT). The dollar slumped to a near two-month low against the riskier AUD and NZD, and close to a two-week low against the euro.

Incumbent President Donald Trump's administration has reluctantly starting to co-operate with President-elect Joe Biden’s administration for a smooth transition, adding to the optimism. However, Trump has given no indication that he will stop the legal challenges he has mounted against the presidential election results.

With a vaccine and the likely nomination of former Federal Reserve Chairman Janet Yellen, a vocal advocate for more fiscal spending, as Biden’s Secretary of the Treasury removing two large uncertainties for investors, the dollar’s decline only looks likely to continue in the short term as its appeal as a safe harbor currency is diminished.

“The trend has shifted to favor risk assets. Yellen will team up with the Fed and support the economy. U.S. rates will remain low for a long time,” Ishikawa added.

Another indication of the increased risk appetite was cryptocurrency bitcoin, associated with extreme volatility, trading near an all-time high.

The AUD/USD pair inched down 0.02% to 0.7359, giving up earlier gains, while the NZD/USD pair inched up 0.08% to 0.6985. Investors unwound bets for additional monetary easing in both Australia and New Zealand, giving an added boost to the Antipodean currencies. The AUD was moving towards a high of $0.7413 last seen on Sep. 1, while the NZD was trading slightly just below its strongest level since June 2018 and has rose 5.6% so far in November.

The USD/CNY pair edged down 0.18% to 6.5779. The onshore yuan rose over hopes of better U.S.-China relations under the Biden administration.

The GBP/USD pair inched up 0.02% to 1.3359, with the pound trading close to its highest level in more than two months.

The U.S. will release a slew of data later in the day, ahead of Thursday’s Thanksgiving holiday. These include the Federal Reserve’s minutes of the most recent Federal Open Market Committee meeting, U.S. jobless claims and GDP data.