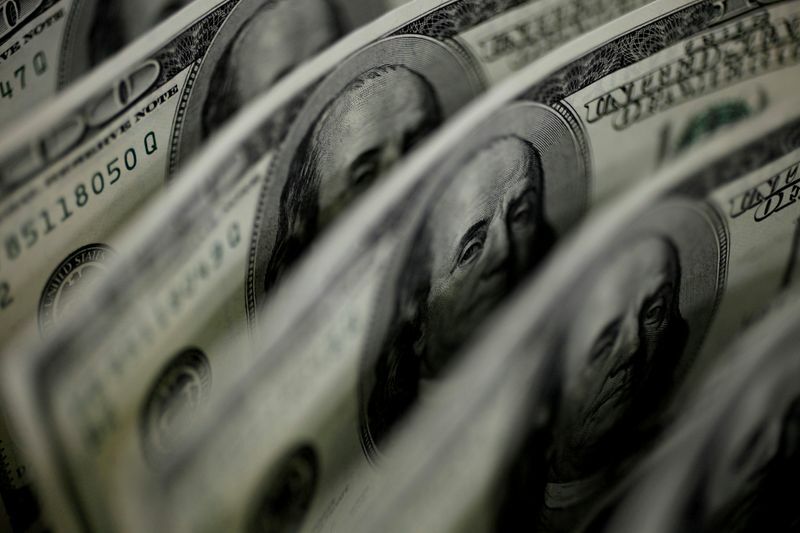 The resource-sensitive Australian dollar sat by Monday's two-month high and was steady around $0.7831. The similarly exposed Canadian currency, which hit an almost four-year high on Monday, held at C$1.2096 per dollar. The New Zealand dollar traded near its highest since February.

Sterling was also perched near its highest since March on the dollar and strongest since early April on the euro, as investors cheered forthcoming lockdown easing and receding risks of another Scottish independence referendum.

However further moves were kept in check by looming U.S. consumer price figures due on Wednesday, as traders worry that a big number might prompt the Fed to wind back monetary policy support sooner than expected.

Appearances later on Tuesday from U.S. Federal Reserve members John Williams, at 1430 GMT, and Lael Brainard, at 1600 GMT, will be parsed for clues as to central bank thinking.

The South Korean won and Taiwan dollar fell, however, along with declines in their tech-heavy stock markets and a broader selloff in growth stocks on Wall Street and in Asia on inflation concerns. [MKTS/GLOB]

"There are a lot of cross currents," said Bank of Singapore currency analyst Moh Siong Sim, as surging commodity prices on one hand lift commodity currencies and on the other add to the inflationary pressure that has got risk assets jittery.

"The big question is whether the Fed can be comfortable staying dovish," he said. "If inflation rises more than the Fed expects...what happens to the Fed then?"

Markets expect U.S. year-on-year inflation to hit 3.6% in April, juiced by the base effect of a pandemic year contraction.

But investors seem increasingly at odds with policymakers over whether that sort of price growth will persist, and drove up U.S. five-year breakevens - a measure of inflation expectations - to a decade-high 2.717% on Monday. [US/]

Fed Chair Jerome Powell has shown every sign of staying patient on policy, even if the economy runs hot. However Dallas Fed President Robert Kaplan caused a stir last month by calling for beginning to talk about tapering, and there are growing signs that prices could keep rising at a clip if unchecked.

The sharpest rise in China's factory gate prices in more than three years is the latest signal that soaring commodity costs are headed down the supply chain to end consumers.

China's producer price index in April rose 6.8% from a year earlier, official data showed, ahead of a 6.5% rise tipped by a Reuters poll of analysts.

Even more pressure is still to come as the full implications of a global chip shortage work their way through production lines, said Iris Pang, chief China economist at ING.

"Even bags that do not have a chip in them, use chips in the process of production," she said. "This chip inflation may be passed on to consumers and result in a faster CPI growth rate if the chip shortage persists."

Profit taking pulled copper and lumber from record peaks, but iron ore has continued to forge ahead and currencies linked to the booming prices mostly hung on to gains. The Canadian dollar is within striking distance of a six-year peak and copper exporter Chile's peso held near its best since 2019.