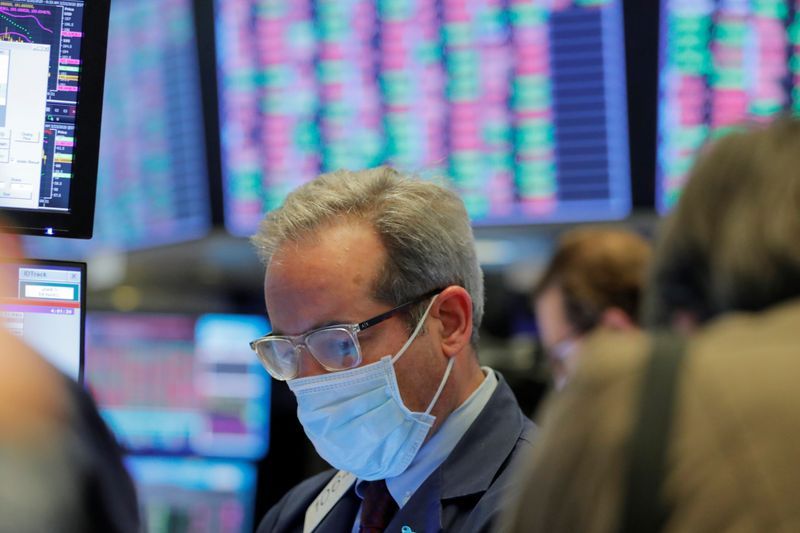 Earnings season is set to continue but is likely to be overshadowed by the lack of progress on fiscal relief and the increasing number of virus cases as the economic recovery falters. Reports on U.S. housing data, a key driver of growth and figures on initial jobless claims are the highlights of what is set to be a relatively quiet week on the economic calendar. Across the Atlantic, Britain's messy exit from the European Union is likely to remain in the spotlight. Meanwhile, GDP data from China at the start of the week is expected to point to a sustained rebound in the world’s second largest economy. Here is what you need to know to start your week.

1. Time running out for stimulus

The U.S. Senate is due to vote on Wednesday on a $300 billion Republican coronavirus relief bill, an amount that is significantly smaller than the $2 trillion demanded by Democrats.

The bill, dubbed a "skinny" relief bill for its pared-down funding, was already rejected by Democrats last month and is expected to fail again.

Time is running out before the Nov. 3 presidential election to reach agreement on a new coronavirus relief package even as the number of virus infections keeps rising and job growth is stalling.

In the U.S., which has the highest total number of coronavirus cases and deaths in the world, half of the 50 states have reported their highest daily increases in new cases during October.

Earnings season is set to kick into high gear as companies report on a second quarter that was defined by the coronavirus pandemic.

Investors will be awaiting results from Netflix (NASDAQ:NFLX) on Tuesday, Tesla (NASDAQ:TSLA) and Verizon (NYSE:VZ) on Wednesday, and Intel (NASDAQ:INTC) on Thursday.

Netflix has been one of the biggest beneficiaries of the pandemic, with major user growth in streaming services amid quarantine measures and a lack of new TV shows in the first half of the year.

Procter & Gamble (NYSE:PG), Travelers (NYSE:TRV), American Airlines (NASDAQ:AAL) and American Express (NYSE:AXP) are among some of the other big names slated to report, while in the energy-sector Haliburton reports on Monday, followed by Baker Hughes (NYSE:BKR) and Kinder Morgan (NYSE:KMI) on Wednesday.

Figures on housing starts on Tuesday and existing home sales on Thursday are expected to continue to point to the housing sector as a key driver of growth. Record low mortgage rates are propelling the recovery while the prospect of a long-term shift towards working from home is also helping to prompt buyer interest.

Initial jobless claims numbers will also be in focus after an unexpected increase last week to the highest level in two months underlined concerns that the recovery in the labor market is losing momentum.

Meanwhile, the Federal Reserve will publish its Beige Book on Wednesday, a collection of anecdotal evidence supplied by the 12 Fed banks regarding local economic conditions in their district.

Uncertainty about whether or not a trade deal can be reached before a final Dec. 31 deadline for Brexit is likely to keep sterling on edge.

At a summit meeting to discuss Brexit last week EU leaders said they were concerned by a lack of progress in the divorce talks and urged the UK to compromise on the key areas of contention or exit the bloc from Jan. 1 after the end of the transition period with no deal.

The pound could gain from signs the UK will not quit the talks. But the prospect of negotiations dragging on, just as the economic hit from the coronavirus pandemic worsens, could weigh on sterling.

China will release figures on third quarter gross domestic product on Monday which are expected to show the economic hit from the pandemic receding further.

The world's number two economy is expected to have grown by an annualized 5.2% in the three months to September, accelerating from an annual rate of 3.2% in the second quarter.

A strong reading will support the argument for keeping the benchmark interest rate on hold, ahead of Tuesday’s rate review which is expected to result in the sixth straight month with no change.

The figures are also expected to point to a rebound in retail spending, one soft spot. That could signal better spending globally as the effects of the virus fade.