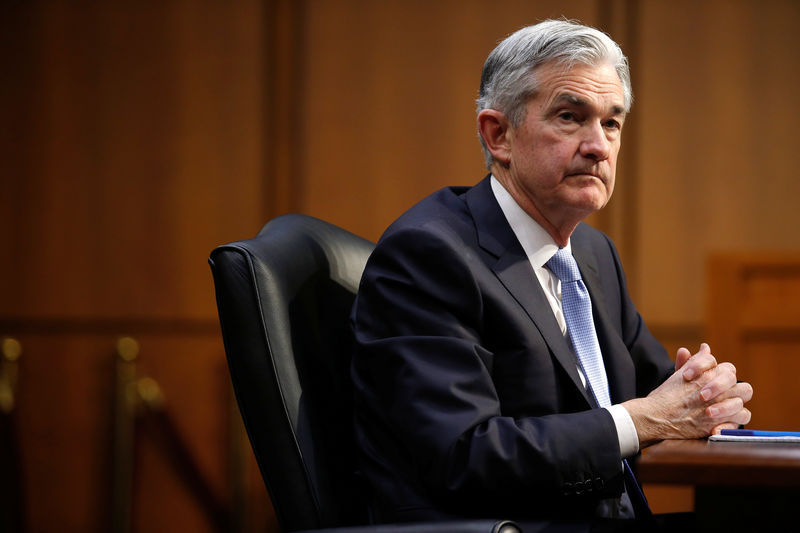 The dollar hits a two-month high as the global economy stutters; Jerome Powell's back in Congress for another day, Tesla (NASDAQ:TSLA)'s battery ballyhoo falls flat, but Nike (NYSE:NKE) surges on blowout quarter, and oil inventory data are due from the U.S. government. Here's what you need to know in markets on Wednesday, September 23rd.

The dollar hit a two-month high against its developed-market peers, as the strength ebbed away from cyclical currencies against a backdrop of weakening global economic momentum and signs of sustained tension between the U.S. and China.

The dollar index, which tracks the greenback against a basket of six currencies, rose above 94.20 at one point before retracing slightly to be at 94.03 at 6:35 AM ET (1035 GMT). The Chinese yuan also weakened after the People’s Bank of China set the daily dollar fixing lower than expected for a second straight day, in what was interpreted as a signal that it is starting to be concerned by the yuan’s rapid appreciation.

The dollar may react later to the second day of Congressional testimony by Federal Reserve Chairman Jerome Powell. Powell had moved forex markets less on Tuesday than his colleague Charles Evans, after the Chicago Fed President argued that the Fed may still raise interest rates before the consumer price index reaches 2%.

The dollar is also benefiting from a bout of euro weakness. IHSMarkit’s ‘flash’ purchasing managers index for the euro zone fell to 50.1 in September, barely above the line that represents growth, as a surge in Covid-19 cases hit customer-facing services particularly hard. Manufacturing fared better, particularly in Germany.

The numbers come amid growing signs that the European Central Bank’s top management is starting to agitate for more stimulus. Board member Fabio Panetta argued on Tuesday that it would be better to do too much than too little, while the Financial Times reported on Monday that the ECB will look at giving all of its asset purchase programs the same flexibility as its 1.35 trillion euro Pandemic Emergency Purchase Program, effectively putting a stronger safety net under the euro zone’s weaker members.

The EUR/USD pair may react later to the July house price index, and to a speech by Cleveland Fed President Loretta Mester, both due at 9 AM ET.

U.S. stocks are set to open higher, building on Tuesday’s tech-led gains after signs that a dispute over the vacant Supreme Court seat won’t entirely derail Washington’s other business.

The House of Representatives passed a bill on Tuesday that will keep the government funded through December 11, after the majority Democrats agreed a short-term fix to keep aid flowing to farmers and poor families.

Stocks likely to be in focus later include Nike, which has soared 13.3% in premarket trading after posting earnings more than twice analyst estimates for its latest quarter. The numbers also lifted rival Adidas’ stock in Europe.

Another stock in the spotlight will be Tesla, whose much-hyped ‘Battery Day’ event fell flat, pushing the stock down another 4.8% in premarket after a loss of 5.6% on Tuesday.

Founder and CEO Elon Musk outlined plans for a $25,000 electric car powered by much cheaper batteries, that could hit the market by 2023. That would establish Tesla more firmly in the mass-market segment, and Musk said he was aiming at selling 20 million vehicles a year – around twice what Volkswagen (DE:VOWG_p), the world’s biggest auto group, currently sells.

However, the long lead-time for the project disappointed many, suggesting that Tesla’s lead over rivals in the key battery space is no longer as big as it once was.

Crude oil prices struggled again with the $40 a barrel level, after inventory data from the American Petroleum Institute showed a 691,000 rise in U.S. crude stockpiles last week, rather than the draw of 4 million barrels expected.

The government will publish its own data as usual at 10:30 AM ET.

Commodity prices more broadly have labored as the dollar has snapped back this week. Gold futures have slipped back below $1,900 for the first time in over two months, and traded down 0.6% at $1,895.65 an ounce.