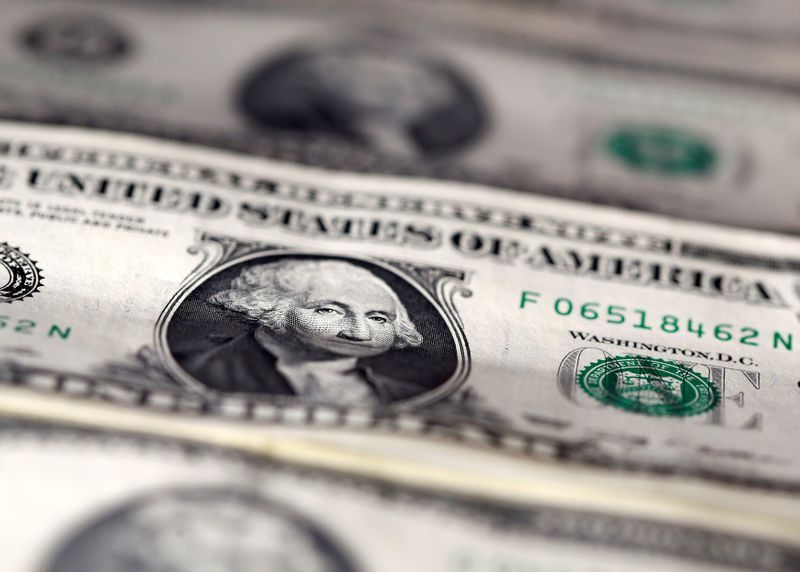 The dollar traded near 2 1/2-year lows against major peers on Tuesday as demand for the safest assets flagged amid progress toward agreeing U.S. fiscal stimulus and optimism for a Brexit deal.

The greenback was near its weakest since mid-2018 against the euro and UK pound with U.S. lawmakers scurrying to ready $1.4 trillion in spending.

A $908 billion bipartisan COVID-19 relief plan will be split into two packages, a person briefed on the matter said, raising hopes that at least a large part of the plan that already has bipartisan support will be approved.

"The big picture is that 2021 looks increasingly promising for global growth, and while the U.S. will certainly be a part of that, the global reflation trade is going to support the risk-sensitive currencies like the Australian dollar," said Westpac currency analyst Sean Callow.

"The dollar is likely to be in the group of laggards, along with the likes of the yen."

Across the Atlantic, European Union Brexit negotiator Michel Barnier said that sealing a trade pact with Britain was still possible, sowing hope that a deal can be reached with just days to avert a turbulent exit for the UK from the trade bloc at the end of the month.

COVID-19 vaccine roll-outs in the United States and Britain also buoyed risk sentiment, but optimism was tempered by spikes in infection and death rates. London will go into a tighter lockdown amid the discovery of a new variant of the virus.

"With the roll‑out of vaccines starting in the U.S. and the UK, we expect shutdowns to reduce in frequency and intensity, allowing the USD to resume its downtrend," Commonwealth Bank of Australia (OTC:CMWAY) currency analyst Joe Capurso wrote in a client note.

An agreement on fiscal stimulus would also "undermine" the U.S. dollar, he wrote.

A Chinese official said Tuesday that the country could make targeted policy adjustments as the economy improves.