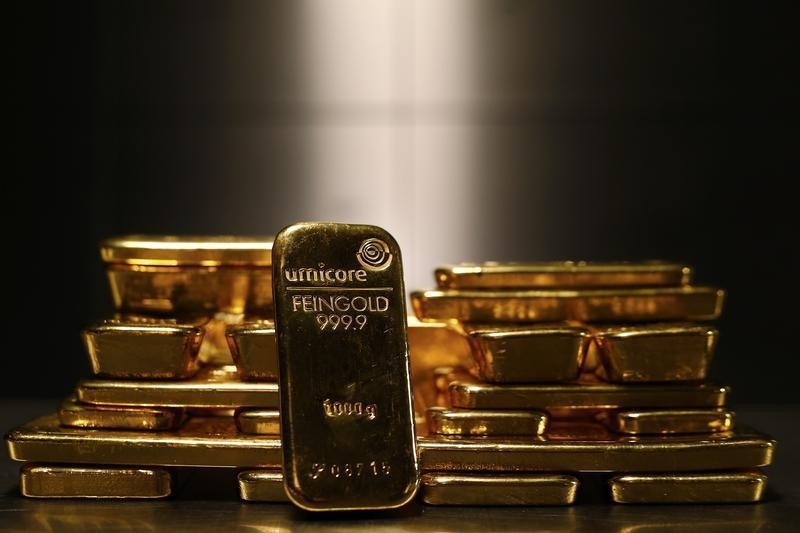 It was an event that should have sent gold well below $1,900. But the surge of the Dollar Index to two-month highs above 94 didn’t spark a meltdown in bullion on Tuesday — rather, it resulted in the consolidation of the yellow metal already in correcting mode since August.

“Gold has broken lower over the past couple of sessions as the greenback strength gathers momentum,” gold chartist Rajan Dhall said in a post on FX Street. “It is hard to confirm if this is a deep correction or a reversal although the latter seems less likely. The global risk environment has not been too great either and gold usually shines during times of turmoil so there may be a lagging effect for this theme.”

“With rising risk aversion standing out as a primary catalyst helping steer the US Dollar higher, the DXY Index could extend its advance alongside the S&P 500 VIX Index, or fear-gauge,” Perry said. “If expected market volatility reverts back lower, however, so too could USD price action.”

“Gold is holding up nicely when you consider the near 10% slide that has hit silver,” Ed Moya, a macro analyst at New York’s OANDA, said.

“Gold’s fundamentals remain intact and nothing will likely change that short of a policy mistake from Fed Chair Powell. Virus and election uncertainty will continue to drive safe-haven flows to gold over the next couple of months.”

Federal Reserve Chairman Jay Powell told Congress on Tuesday that the United States needs another round of fiscal stimulus to cope with the coronavirus pandemic as economic uncertainties remain overwhelming. Congress' tussle over a fifth coronavirus package, after earlier disbursements of nearly $3 trillion, has held up gold from returning to the $2,000 highs and above, last seen in early August.

Dhall, the gold chartist, said if gold bulls take charge, the next resistance for bullion could come at just $1,915. “Beyond that, the black upward sloping trendline could also be another resistance zone to watch.”