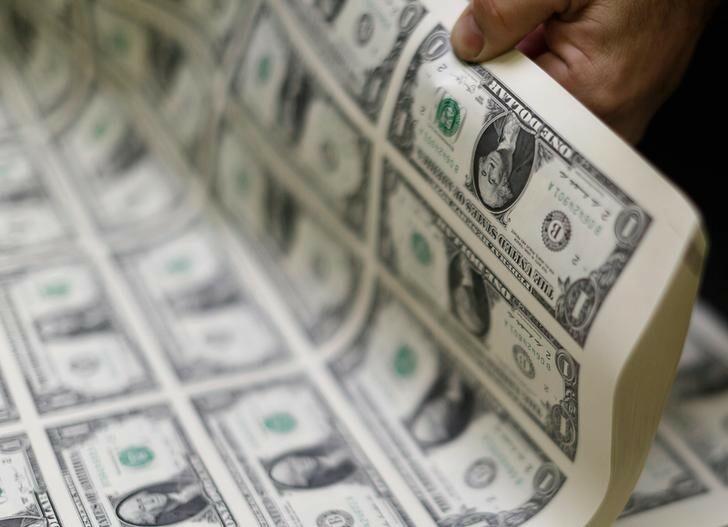 USD/JPY was down 0.2% at 108.70, GBP/USD fell 0.1% to 1.3853, while the risk-sensitive AUD/USD dropped 0.2% to 0.7727. EUR/USD fell 0.1% to 1.1888, continuing to weaken as a third wave of Covid-19 cases hit large parts of Europe.
That said, a lot of the market’s focus will be on the Turkish lira, with USD/TRY up 8.4% at 7.8226 following Erdogan's shock weekend decision to dismiss central bank governor Naci Agbal after just four months in the role. The decision came only days after he announced a sharp rise in interest rates to combat rising inflation.

Erdogan subsequently appointed Sahap Kavcioglu, a ruling party lawmaker who has argued for lower interest rates, raising fears he will reverse the orthodox moves taken to battle inflation, which could lead to prolonged market volatility.

In his short time on the job, Agbal had raised rates by 875 basis points to 19% and regained some policy credibility prompting the lira to rally from the depths

"Without much remaining reserves to defend the currency, and considering an expected exodus in foreign and local investor capital, it may be difficult for Turkey to avoid another currency crisis in the coming months,” said Societe Generale’s strategist Phoenix Kalen, in a research note.

Worries that this turmoil would spread to other emerging markets has helped the dollar, with USD/RUB, for example, rising 0.8% to 74.732 despite the Russian central bank raising its key rate on Friday for the first time since 2018.

Later this week, investors will turn their attention to a heavy slate of U.S. bond auctions focused in maturities that have seen heavy selling of late amid a brightening outlook for growth and inflation.

“The rising third wave of Covid-19 cases in Europe and the threat of a disorderly sell-off in US Treasuries still haunt risk sentiment. This is providing the dollar with some support,” said analysts at ING, in a research note.