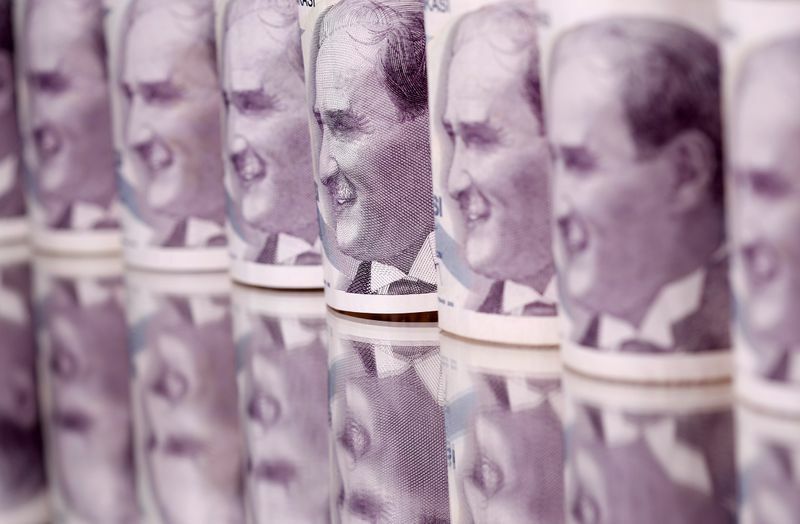 Goldman Sachs (NYSE:GS) said its three-month Turkish lira forecast was 7.00 to 7.50 to the dollar and said further strengthening might be constrained by central bank efforts to rebuild reserves.

The lira has strengthened since early December when the central bank said it would keep monetary policy tight in the new year and was prepared to hike interest rates more if necessary to lower inflation in a lasting way.

Goldman said in the note on its three-month forecast that the "currency strength may ultimately be constrained by a necessary attempt at rebuilding (foreign exchange) reserves."

On the six-month to 12-month lira outlook, Goldman's Tom Arnold wrote that the forecast was for 7.00 and 7.50, compared to 7.75 and 8.00 previously, reflecting "the likelihood that the extent of lira appreciation may be limited".