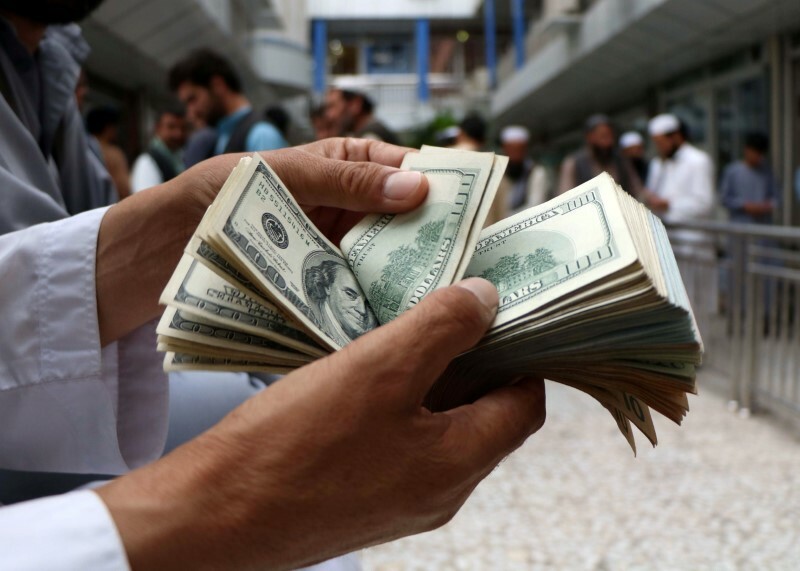 The dollar was up on Wednesday morning in Asia ahead of the U.S. Federal Reserve’s latest policy decision and U.S. President Joe Biden’s address in front of a joint session of Congress, both due to take place later in the day.
The U.S. Dollar Index that tracks the greenback against a basket of other currencies inched up 0.10% to 90.980 by 12:51 AM ET (4:51 AM GMT), after touching an eight-week low earlier in the week.
The USD/JPY pair edged up 0.14% to 108.83. Japan reported a better-than-expected 5.2% increase in March retail sales year-on-year earlier in the day. However, rising COVID-19 cases in the country and the Bank of Japan’s acknowledgment on Tuesday that inflation will fail to reach its key 2% target through early 2023.
The AUD/USD pair was down 0.24% to 0.7745. Australia’s consumer price index (CPI) data released earlier in the day missed forecasts, rising 0.6% quarter-on-quarter and 1.1% year-on-year respectively during the first quarter of 2021. The NZD/USD pair was steady at 0.7207.
The USD/CNY pair inched up 0.05% to .6.4863 and the GBP/USD pair was down 0.26% to 1.3876.

Although the dollar rebounded from its lowest level since Mar.3 hit on Monday, skepticism remains on whether its downward trend since late March is over.

Receding bets on whether the Fed will start laying the groundwork for a future policy tightening soon when its hands down its decision, also contributed to the U.S. currency’s decline.

Although the central bank is expected to maintain its dovish policy, some investors suggested that signs of rising inflation expectations could nudge it to abandon the stance sooner than expected. The break-even inflation rate rose above 2.40%, its highest level since 2013, on Tuesday.

"In a way, the rise in the BEI above 2% is what the Fed has been wishing for. Still, if it goes too far it could raise alarm at the Fed. The Fed will probably not be able to overlook a rise in BEI above 2.5%," SMBC Nikko Securities chief FX strategist Makoto Noji told Reuters.

The Federal Reserve said last year it aims to bring average inflation around 2% and to allow it to overshoot above 2%, rather than trying to cap it around 2%.

Investors are also paying attention to Biden's address, his first as president, for more details on his prosed tax hike for the wealthiest Americans to fund about $1 trillion in childcare.

"In addition to tax policies that have resurfaced as a market focus, his stance on diplomacy should attract some attention given recent tensions with China and Russia," Barclays senior strategist Shinichiro Kadota told Reuters.

In cryptocurrencies, Bitcoin extended its rebound from Sunday’s trough to hit the $55,461 mark, and Ether hit a record high of $2,711.6, on Wednesday.