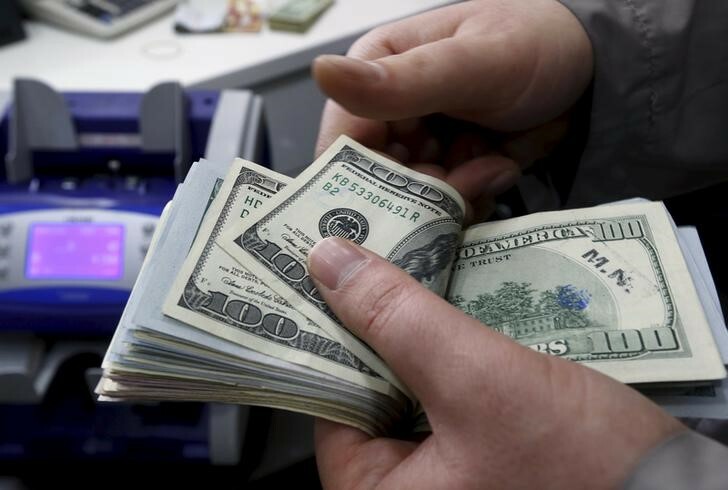 Dollar Up, but Gains Capped as Treasury Yields Continue to Fall

The dollar was up on Wednesday morning in Asia, but the safe-haven asset remained broadly weaker as Treasury yields continued to fall. The retreat also restored calm to global markets and turned investors towards riskier assets.

Bonds have caused volatility in the market as of late, after Treasuries led a dramatic jump in yields globally during the previous week. The volatility came even as central bankers, led by the U.S. Federal Reserve, called for patience in normalizing monetary policy as global economies continue their recovery from COVID-19.

Continued progress on the $1.9 trillion stimulus package proposed by U.S. President Joe Biden led to hopes for a quick economic recovery from COVID-19.

“Risk sentiment dynamics are the key driver of currencies in general right now … equity market reaction will be one of the key determinants of the impact of this move in global rates on forex markets,” Barclays (LON:BARC) Capital senior currency strategist Shinichiro Kadota told Reuters.
The calm in markets could prove short-lived should an improving U.S. economy leads to a second bond selloff. The U.S. employment report, including non-farm payrolls, will be released on Friday.
Fed Governor Lael Brainard stuck to the Fed’s dovish tone earlier in the week, saying there is still a lot of ground to cover on jobs and inflation. However, she added she is “paying close attention” to bond market developments, where “the speed of the moves caught my eye.”

Across the Atlantic, European Central Bank (ECB) board member Fabio Panetta suggested that the ECB should increase bond purchases or even increase the quota earmarked for them if needed to keep yields down. The euro was little changed after rising more than 0.3% during the previous session.