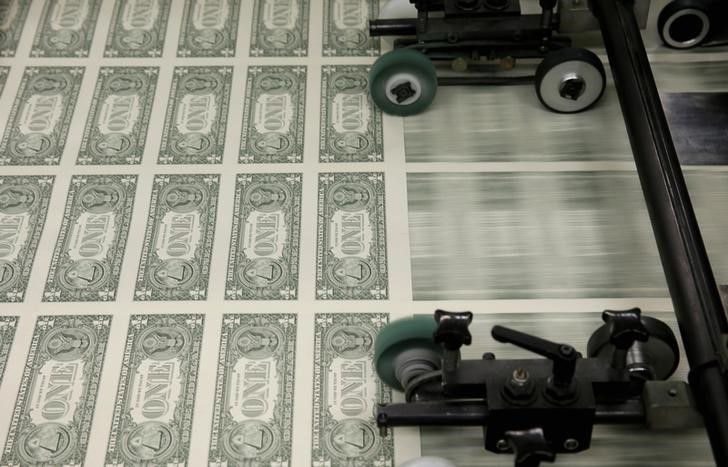 The dollar edged higher in early European trade Wednesday, with the safe haven currency in demand as a resurgence of the coronavirus in the United States cast doubt over the strength of the economic rebound.

There are almost 11.8 million COVID-19 cases globally as of July 8, according to Johns Hopkins University data, of which the U.S. has the highest known numbers of cases and deaths in the world.

A number of Federal Reserve officials expressed concern Tuesday that the surge in infections could adversely impact the economy just as some stimulus programmes are set to expire.

Atlanta Federal Reserve Bank President Raphael Bostic warned that the spike in the number of cases has made business owners “nervous again” and that ‘there is a real sense this might go on longer than we have planned for.”

Still, the rise in cases is not simply a matter for America. The AUD/USD pair lost 0.2% to 0.6935, with the Australian dollar weakening after the country’s second-largest city Melbourne re-imposed lockdown measures to curb the outbreak.

Elsewhere, GBP/USD gained 0.2% to 1.2559 after Prime Minister Boris Johnson said that the U.K. remains committed to working hard to find an agreement over trade with the EU. Chancellor of the Exchequer Rishi Sunak is due to announce details of the country's latest fiscal stimulus package later Wednesday.

Sterling has gained around 0.6% this week against the dollar and 0.4% against the euro, but still remains one of the weakest G7 currencies as doubts still remain as to whether a trade deal will be signed by the end of the year.

Additionally, skepticism exists that a proposal by some of Donald Trump’s advisers to undermine Hong Kong’s currency peg would come to fruition, as such a move would be difficult to implement and risk hurting U.S. interests as much as it would punish China.