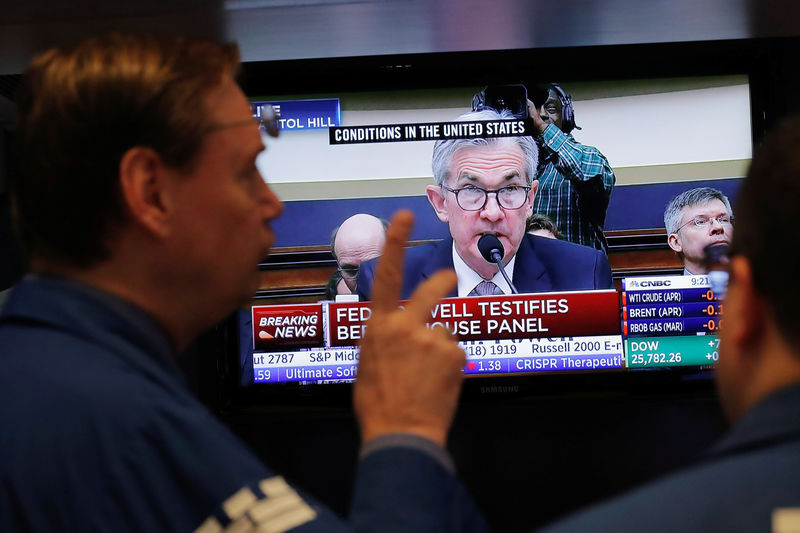 U.S. stocks are set to open higher Wednesday amid growing confidence about the global recovery, although gains will be tempered by caution ahead of the Federal Reserve meeting.

Recent better-than-expected economic data, primarily from China and the U.S., the two largest economies in the world, have helped investors regain confidence in equity markets after last week’s tech-led slump.

Earlier Wednesday the Organization for Economic Cooperation and Development boosted its global economic outlook, saying the world economy is now on course to contract 4.5% this year, up from the 6% contraction that it forecast in June.

However, the Paris-based organization, while also fretting about the resurgence of the coronavirus, cautioned policy makers not to tighten policy too quickly.

There seems little risk of the Federal Reserve doing that as it wraps up its latest two-day policy meeting later Wednesday, the first since it adopted a new approach to meeting its 2% inflation target.

The Fed is expected to update its projections for the economic and interest rate outlook, which will include forecasts for 2023 for the first time.

In corporate news, cloud software company Snowflake (NYSE:SNOW) is set to start trading after completing the largest ever software IPO, raising about $3.4 billion leading to a market value of more than $33 billion.

Oil prices rose Wednesday after the American Petroleum Institute detailed a big drop in U.S. stockpiles and with Hurricane Sally continuing to disrupt production after making landfall in Alabama.

The API recorded a 9.5 million-barrel draw for the week ending Sept. 11, against forecasts of a build of 2 million. The U.S. Energy Information Administration is due to release its own data later in the day.

U.S. crude futures traded 2.3% higher at $39.15 a barrel, while the international benchmark Brent contract rose 2.2% to $41.42. Both benchmarks rose by more than 2% during the previous session.