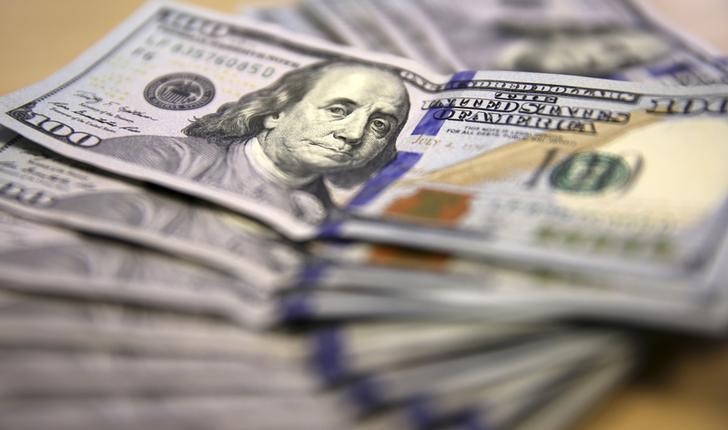 The dollar was firm on Tuesday but traded well below peaks hit on a wild ride higher overnight, as a new coronavirus strain in Britain sent jitters through holiday-thinned currency markets.

Sterling fell as much as 2.5% to $1.3190 as countries from Europe to Asia sealed off travel links with Britain to try and contain the highly-infectious mutation.

Low liquidity exaggerated dollar gains in other currencies, too, as short sellers bailed out. But moves largely unwound as investors took their chance to buy in to the dollar's downtrend.

The pound, helped by a Bloomberg report which said the European Union was considering a compromise on fishing rights - a stumbling block to a trade deal - recovered to trade at $1.3418 in Asia, though it remained on edge as talks progress.

The euro recovered to sit at $1.2229 on Tuesday after falling a cent to $1.2130. The yen was steady at 103.30 per dollar and the Australian and New Zealand dollars a little soft with the nervous mood, but well above overnight lows.

"The 'short dollar' clear-out is probably nothing more nefarious than stretched positioning getting taken out to the woodshed on Brexit scares. However, it shows the potential dangers of universally bearish dollar sentiment," he said.

Wagers on a falling dollar as the global COVID-19 recovery lifts world trade and commodity prices, tending to benefit export-driven economies and their currencies, is becoming an increasingly crowded trade as momentum funds pile in.

The value of overall bets against the dollar eased a fraction last week, positioning data showed, but remains near nine-year highs struck in September.

Against a basket of currencies the dollar is headed for a third quarterly loss in a row and is down 12.5% from a three-year peak in March.

Together with a new outbreak in Sydney, that held the Australian dollar at $0.7566, 0.3% lower for the session, despite roaring retail sales figures.

Experts said there was no evidence that vaccines would not protect against the new virus variant, but Britain's chief scientific adviser said that in the meantime tighter restrictions on public life in Britain were likely.

Investors are looking ahead to confidence data in the U.S. and Germany later on Tuesday and have been cheered by the expectation that stimulus checks could go out to Americans next week.

British Prime Minister Boris Johnson has warned that there are still "problems" in securing a trade deal with Europe, but financial markets remain hopeful that something can be struck before Britain's exemption from tariffs expires on Dec. 31.