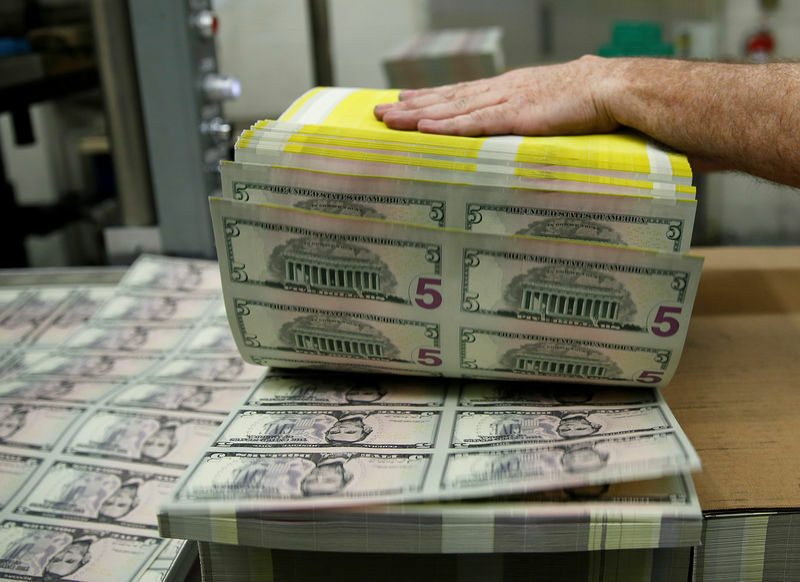 The dollar was up on Wednesday morning in Asia, reversing some losses from the previous session, as U.S. yields found a floor following their drop from one-year highs.

The dollar has closely tracked the recent climb in Treasury yields, with higher yields increasing the safe-haven currency’s appeal as investor confidence was shaken by the bond rout. The benchmark ten-year Treasury yield stabilized around 1.54% as the Asian session opened, after its three-day drop from a one-year high of 1.6250%.

Investors continued to sell bonds on expectations of a quicker-than-expected global economic rebound from COVID-19 will lead to inflation. Driving these expectations is the U.S. House of Representatives voting to take up a $1.9 trillion stimulus package bill on Tuesday. With the Senate already passing the bill earlier in the week, the vote clears the way for the House of Representatives to consider the bill on Wednesday and President Joe Biden is expected to sign it into law as soon as this week.

Although some investors expect the dollar to continue its downward trend as 2021 progresses, the speed of recent gains forced some to tweak their forecasts.

Westpac, which as recently as the previous week was talking about selling the dollar index into 91, now sees it reaching as high as 94.50 before resuming last year’s downtrend as the rest of the world closes the gap with the U.S.’s pandemic recovery, Westpac analysts said in a note.

“Global reflation is alive and well, and Europe will get her vaccination act together at some point too … a continuation of the global recovery ... should see commodity currencies outperform,” the note added.