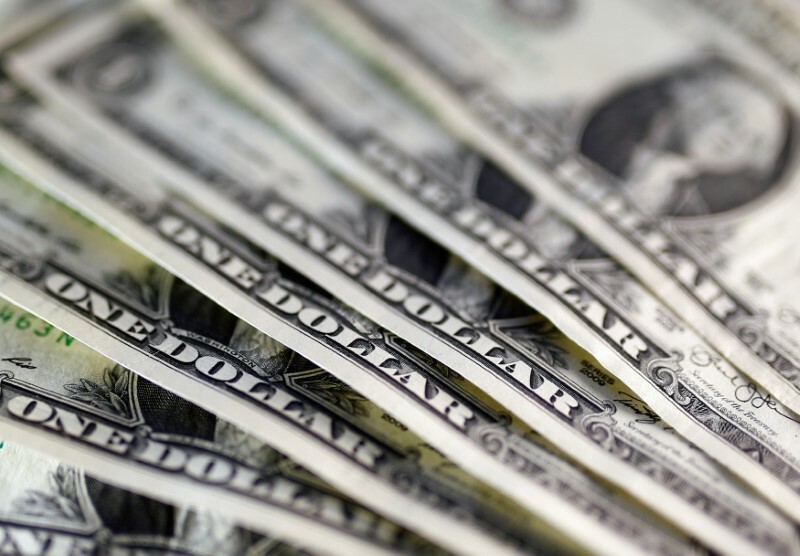 The U.S. dollar gave up some of its gains Tuesday following a rise to four-month highs on the back of falling U.S. bond yields – a move that analysts warn could continue.

The U.S. dollar index, which measures the greenback against a trade-weighted basket of six major currencies, rose by 0.35% to $93.28, but had been as high as $93.37.
"Our charts suggest maintaining a positive stance on the US Dollar, but we would tighten up stops as the move higher in US yields may soon lose upside momentum," Commerzbank (DE:CBKG) said in a note.

The trickle lower in the dollar comes as U.S. yields struggled to hold onto their gains after hitting price levels that triggered strong selling action, forcing some profit taking.

Still, there a few betting that the latest slip in yields is a sign of reversal as data continued to point to underlying strength in the economy.

The consumer confidence index rose to a reading of 109.7 in March, up from 90.4 in February, beating economists' forecasts of 96.9.

In a sign of further economic recovery, inflation expectations continued to rise - reaching 6.7%, up from 6.5% previously – and will likely continue to advance amid inventory shortages.

"Although we expect inflation to moderate in the medium term, the inventory story will be in play for several more months to come," Jefferies (NYSE:JEF) said in a note. "Manufacturers have not made much progress in restocking the shelves, and the recent delays in shipping through the Suez Canal will exacerbate these issues as well."