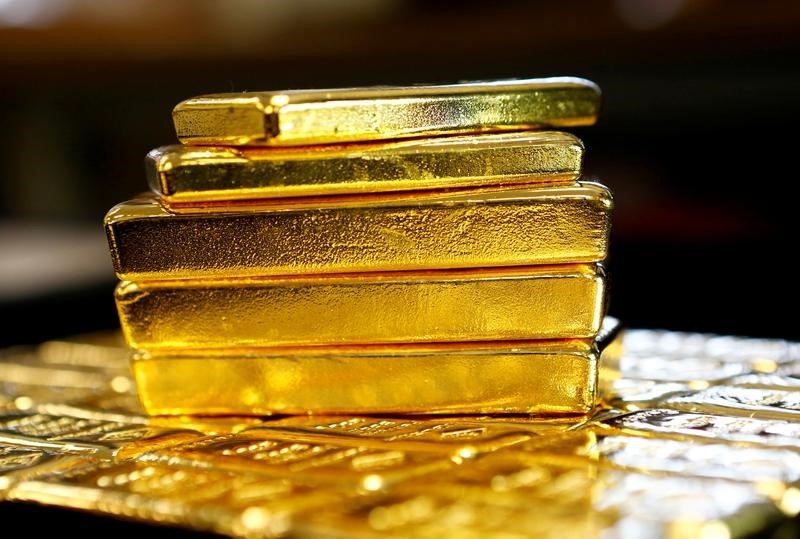 Gold stayed in the green lane for a third straight day on Tuesday and above the key $1,900 level as Covid-19 caseloads continued to dominate headlines, keeping risk appetite on a tight leash.

The yellow metal also gained ground against the dollar as a haven, helping its push higher.

The Dollar Index, which pits the greenback against six major currencies, was down 0.2% at 92.84 by 2:00 PM ET (18:00 GMT). Due to its standing as a reserve currency, the dollar has been the alternative haven to gold on various long stretches over the past two months, forcing the precious metal off record highs above $2,000 an ounce.

The United States reported more than 74,300 new coronavirus cases on Monday, pushing the country’s daily average over the past week above 71,000, the most in any seven-day stretch of the pandemic.

In Europe, France prepared for a fresh lockdown as new daily confirmed coronavirus cases hit the highest ever, at above 52,000 on Sunday. Former world hotspot Italy also had a new record high of cases as did the Netherlands. Spain has declared a national emergency and imposed a night-time curfew. Vaccine developer Pfizer (NYSE:PFE), meanwhile, said getting early results by October for a Covid-19 shot would be nearly impossible.

“Investor’s concerns about the consequences of the second Covid-19 wave, with infections soaring in the US and in the major European economies, have crushed appetite for risk, boosting demand for the US dollar and weighing on the dollar-denominated gold,” Guillermo Alcala, a commentator on gold, said in a post on ForexLive.

Also keeping risk-takers in equities on the back foot were renewed U.S.-China tensions on the back of a potential sale of American-made missiles to Taiwan. Wall Street’s Dow was down 0.5% in late afternoon trade as Comex gold settled.

Uncertainty about whether President Donald Trump gets to keep the White House or whether his challenger Joe Biden will make a clean sweep in Nov. 3 elections prodded more investors toward safe havens, analysts said.