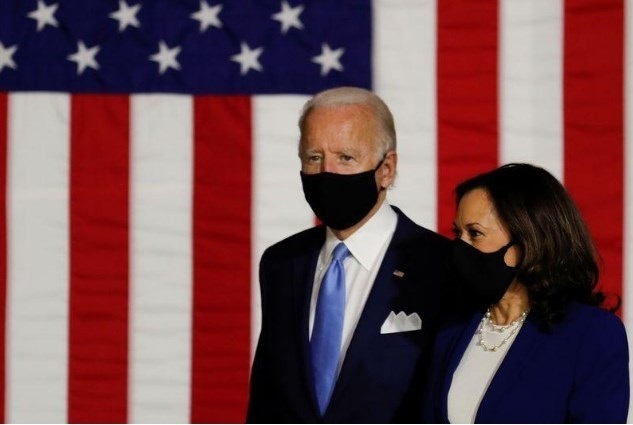 Joe Biden is on the verge of victory despite rearguard legal actions from President Donald Trump. The Fed's policy meeting winds up as jobless claims are set to be announced. Stocks still like the idea of a split Congress. The Bank of England expands its bond-buying while the European Union cuts Eurozone growth forecasts for next year. And Ant Group won't make it back to market for at least six months. Here's what you need to know in financial markets on Thursday, November 5th.

1. Biden on the brink of victory

Joe Biden edged closer to victory in the U.S. presidential election, with the key states of Wisconsin and Michigan both going to the Democratic Party’s nominee by slim margins.

Biden just needs six more electoral college votes to clinch his win, with the states of Pennsylvania, Georgia, Nevada, and North Carolina and Arizona still counting – despite lawsuits filed by President Donald Trump’s legal teams to stop the counting of votes in Pennsylvania and Georgia. Trump has also requested a recount in Wisconsin.

Definitive, official results won’t be available for a couple of days yet due to the massive volume of votes being processed. Overall turnout was the highest in recent history, with Trump beating his vote count of four years ago and Biden achieving the highest number of votes ever cast for a presidential candidate.

The Federal Reserve will announce the results of its latest policy meeting at 2 PM ET as usual, with chairman Jerome Powell’s press conference following half an hour later. The chance of additional monetary stimulus appears low, coming just one day after an election that has not generated too many negative shocks for U.S. financial markets.

However, the possibility cannot be ruled out, given the apparent slowdown in the economy as the second wave of the Covid-19 pandemic continues to rise. The U.S. posted over 1,000 deaths on Wednesday and, for the first time, over 100,000 new cases of the coronavirus.

At the same time, hiring has slowed sharply, with ADP’s private payrolls report showing only 365,000 jobs created last month. The week’s initial jobless claims data are due at 8:30 AM ET, as usual, while the official labor market report is likely to corroborate those data on Friday.

U.S. stock markets are set to open with strong gains for a second straight day, as analysts and investors project their various hopes onto an election result that had previously been seen as the worst of all possible outcomes – a contested result, and a split Congress.

Wednesday’s price action reflected relief that a Senate successfully defended by the Republican Party would thwart any plans for radical tax increases under a Democratic ‘Blue Wave’. The need to cash out on the stunning gains in, for example, Big Tech stocks over recent years has thus become less urgent.

Another consequence of the result is that a split Congress is unlikely to agree radical reforms of any sort – reducing regulatory risk to sectors such as health care, whose stocks were conspicuous gainers on Wednesday.

The Bank of England increased its quantitative easing program by more than expected, paving the way for bigger government borrowing to deal with an expected double-dip recession.

The Bank expanded the envelope of its asset purchases by 150 billion pounds ($195 billion), or around 7% of U.K. GDP, saying it expected the economy to contract in the fourth quarter and to face extra headwinds at the start of next year from the end of the post-Brexit transition phase (although it still expects the U.K. and EU to sign a trade deal almost immediately).

Meanwhile, the EU Commission said it likewise expects the euro zone economy to shrink by 0.1% in the fourth quarter due to the pandemic (German factory order growth slowed more sharply than expected in October to only 0.5%). While it said this year’s economic contraction will be smaller than first feared at 7.8%, it also expects the rebound next year to be less dramatic at 4.2%.

Jack Ma’s Ant Group faces a delay of at least six months in coming to market after its record-breaking IPO was suspended by regulators earlier this week, according to the Financial Times.

The FT reported that the financial services group, built around the Alipay payment system that powers Alibaba’s online marketplace, is also likely to see its valuation sharply reduced when it pitches itself to investors again.

The suspension came after changes to regulations on online lenders that could badly hit one of Ant’s more lucrative operations, the matching of lenders and borrowers via its platform. New regulations require lenders to fund at least 30% of their loans directly, something that will tie up more of Ant’s capital and reduce its profitability.