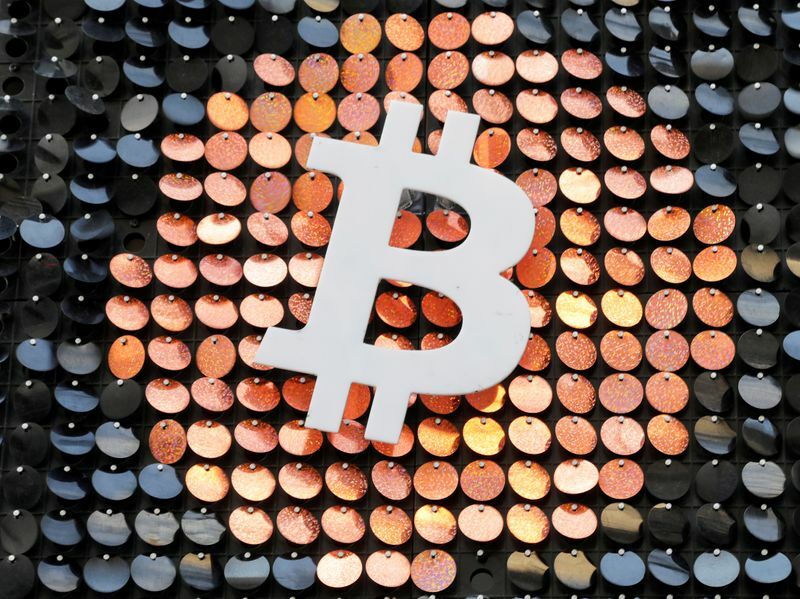 Bitcoin smashes through $50,000 as it wins more mainstream acceptance

Bitcoin soared above $50,000 on Tuesday for the first time, adding steam to a rally fuelled by signs that the world's biggest cryptocurrency is gaining acceptance among mainstream investors and companies.

The move by Tesla, which also said it would accept bitcoin as payment, was the latest in a string of large investments that have vaulted bitcoin from the fringes of finance to company balance sheets and Wall Street, with U.S. firms and traditional money managers starting to buy the coin.

"The rally in bitcoin in part reflects the recent buoyancy of market confidence but also headlines suggesting an increase in corporate acceptability," said Jane Foley, head of FX Strategy at Rabobank.

Such mainstream moves, some investors said, could help bitcoin become a widespread means of payment - which it has so far failed to achieve at any large scale - and in turn bolster prices further.

"The more people that adopt it and use it as money, then the greater the chances of it perhaps being taken on board as a mainstream currency," said Russ Mould, investment director of AJ Bell. "That would feed further speculative interest."

The rush in 2021 by retail and institutional investors comes on top of a 300% rise last year as investors searched for high-yielding assets and alternatives to the dollar amid rock-bottom or even negative interest rates across the globe.

The meteoric rise of bitcoin, which traded at a few hundred dollars only five years earlier, has also led major investment banks to warn of a speculative bubble.

Even as bitcoin enters the mainstream, cryptocurrencies remain subject to patchy oversight around the world, with the lack of regulatory clarity and associations with crime keeping many larger investors leery of exposure.

U.S. Treasury Secretary Janet Yellen and European Central Bank President Christine Lagarde both called last month for tighter oversight of bitcoin due to concerns over its use for criminal activities such as money laundering.

Some believe the extreme volatility is a cause for concern.

"We feel that, due to its volatility, bitcoin lacks many of the established qualities that make up 'money', such as being a stable store of value and unit of account," said George Lagarias, chief economist at Mazars.

Also boosting bitcoin's rise have been analyst suggestions that its limited supply of 21 million could boost further gains for the virtual asset.

St. Louis U.S. Federal Reserve President James Bullard told CNBC in an interview on Tuesday that bitcoin's claim to be rival to gold would not threaten the dollar's dominance.

"Investors want a safe haven, they want a stable store value and then they want to conduct their investments in that currency," he said. "It's very hard to get a private currency - it's really more like gold - to play that role."

JPMorgan (NYSE:JPM) said in January that bitcoin emerged as a rival to gold and could trade as high as $146,000 if it becomes established as a safe-haven asset.

"The fundamental view that bitcoin as a viable store of value amongst investors and as a treasury asset for corporations is continuing to gain traction," said James Butterfill, investment strategist at digital asset manager CoinShares.

U.S. business intelligence software firm MicroStrategy Inc, whose CEO has become one of bitcoin's most visible proponents, on Tuesday said it would issue $600 million of debt through convertible notes to buy additional bitcoin.

Meanwhile, smaller cryptocurrency ethereum fell 2.42%, after earlier rising to $1,826, which was just shy of its record high price of $1,875.

"As an intangible asset with no yield or practical use, save for a few organisations who accept it as payment, it is really just demand (against a predictable supply) which determines its price," said Mazars' Lagarias.

"But whereas the price of bitcoin has risen to the skies, what value one gets from holding it in a long-term portfolio still remains subject of much debate."