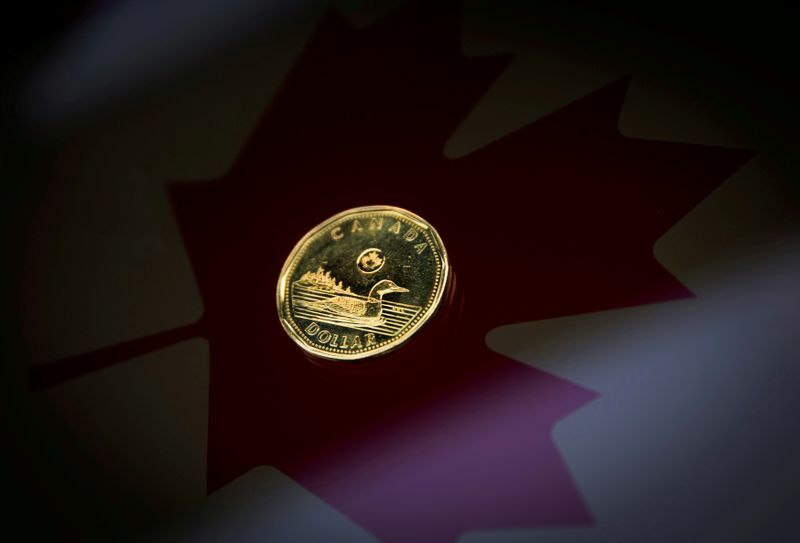 The Canadian dollar strengthened against its U.S. counterpart on Tuesday as oil rose and the greenback broadly declined, with the loonie rebounding from an earlier six-day low.

The U.S. dollar fell against a basket of major currencies after data showed inflation making strong gains in March, though the rise was not expected to alter the Federal Reserve's commitment to keeping interest rates at rock-bottom levels for years to come.

"It is more about greenback weakness as opposed to loonie strength," said Erik Nelson, a currency strategist at Wells Fargo.

The S&P 500 closed at another record high as investors shook off concerns about the halt in Johnson & Johnson's COVID-19 vaccine rollout, while the price of oil, one of Canada's major exports, was supported by strong Chinese import data.
U.S. crude prices settled up 0.8% at $60.18 a barrel.

Canada said it was talking to Johnson & Johnson about reports that its vaccine might cause rare blood clots, while Prime Minister Justin Trudeau said a surge in dangerous virus variants could threaten progress made so far.

Ottawa ran a budget deficit estimated at 17.5% of GDP in 2020-21 to support the economy during the coronavirus crisis. It is due next Monday to table its budget for the current fiscal year, which began this month.

Canadian government bond yields eased across the curve in sympathy with U.S. Treasuries. The 10-year fell about half a basis point to 1.504%.